Communities in low-income countries do participate in health research, but this is primarily as providers of data for studies or as participants in trials of new medicines and health interventions (COHRED, 2006). Greater effort should be made to Involve the community and community engagement is increasingly recognised as a vital component of efforts to expand access to health care services, prevent disease, and achieve health equity across health systems. Utilizing a variety of approaches across a number of different health issues, the HEAL Group is working with communities to identify and prioritise problems, develop solutions and evaluate these solutions robustly within communities. 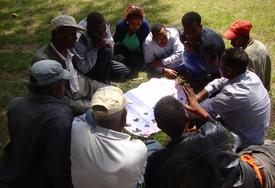 Many zoonotic diseases are difficult to diagnose as they are often confused with other diseases. The result is that estimates of the incidence and burden imposed by the neglected endemic zoonoses seldom reflect their real importance in the communities in which they occur (Maudlin et al. 2009).Control of zoonotic disease requires integrated action from both human and animal health sectors alongside support and consultation from other sectors and industries (Mableson et al. 2014). Strategies should take into account the economic, sociological and cultural aspects related to the diseases as well as local community knowledge (Paige et al. 2015). The HEAL Group is working to understand the knowledge, attitudes and behavioral practices of rural and urban communities towards neglected zoonotic diseases in Ethiopia.

​Working equids have a role in reducing poverty, providing food security, enhancing rural development and promoting gender equity across the globe. The infectious disease Epizootic Lymphangitis (EZL) has severe welfare and economic consequences for the horse population in Ethiopia, and was ranked as a priority infectious disease at a recent expert workshop. EZL is caused by the fungal organism Histoplasma capsulatum var. farciminosum (HCF). HCF  contributes to significant morbidity and mortality amongst horses. The HEAL Group is working with partners to combine epidemiological, ecological and community engagement approaches to investigate the dynamics of this endemic disease. 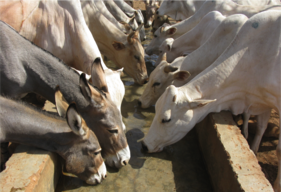 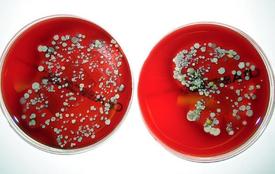 ​Antimicrobial resistance (AMR) and drug resistant infections are being recognized as a crosscutting threat to global health (WHO 2015). High rates of resistant infections have been documented in healthcare and community settings, in all regions, and for a broad range of microorganisms. The increasing prevalence and geographic distribution of AMR threatens to undermine decades of progress in effective prevention and control of high-priority infectious diseases. One estimate states that drug resistant infections will cause 10 million extra deaths a year and cost the global economy up to $100 trillion by 2050 (Grace 2015). Social determinants of health like poverty, education, infrastructure and access to health services are important drivers of antimicrobial usage. A comprehensive understanding of these issues will help to inform global and national priorities, public health actions, and treatment decisions.

The use of antimicrobials in animal agriculture and their potential impact on human health has been widely debated. In recent years, there is increasing consensus that there are links between veterinary drug use and drug resistance in human pathogens, and that it is desirable to reduce antimicrobial use in agriculture (Grace 2015). There is limited accurate information on the levels of antimicrobial use (in humans and animals) in many low-income countries, including Ethiopia. The HEAL Group is working to understand the knowledge, attitudes and behavioral practices of antimicrobial usage and antimicrobial resistance within rural and urban communities in central Ethiopia.

Neglected tropical diseases (NTDs), found predominately in low-income countries are estimated to kill around half a million people every year (Maudlin et al. 2009). In addition to the 17 NTDs, the World Health Organization (WHO) has identified a subgroup of eight endemic or ‘neglected zoonotic diseases’ (NZDs): anthrax, bovine tuberculosis, brucellosis, Taenia solium cysterercosis, cystic echinococcosis (hydatidosis), leishmaniasis, rabies and human African trypanosomiasis (HAT). These zoonotic diseases are found throughout low-income countries wherever people live in close proximity to their animals, affecting not only the health of individuals but often their livelihoods through the health of their livestock (Maudlin et al. 2009).